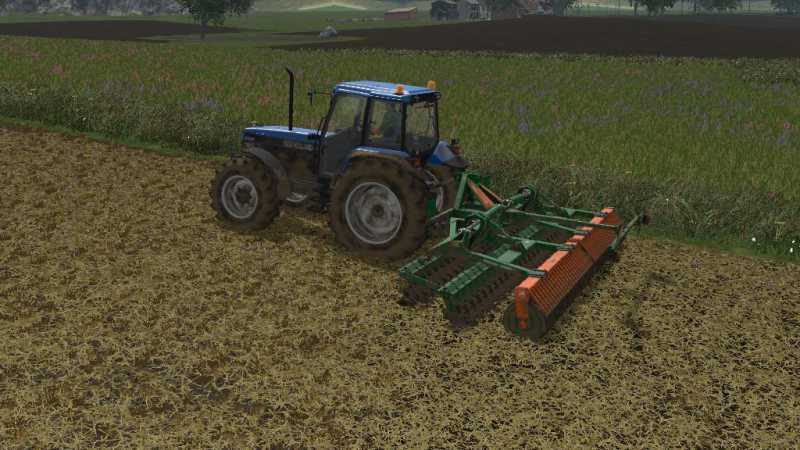 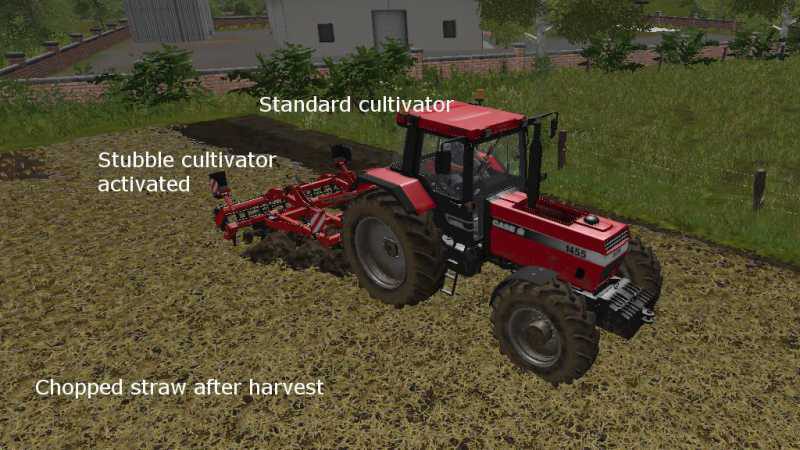 Description:
This mod is fully dependent on choppedStraw mod since it uses the same layer.

New in v1.1:
-Compatible multiplayer (tested with TSF Team)
-Bug fixed. Chopped Straw layer was seen even when the tool was not lowered
-Stubble cultivator can now be activated at any growing stage of the culture

This script is a global mod that is added automatically to any Cultivator spec tool.
A new key (LCTRL + 8) allows to switch between Stubble cultivator and standard cultivator.

When stubble cultivator is on, field is cultivated but a choppedStraw layer is kept/added.
When it’s off, standard cultivator is applied.

Known issue: Field cannot be cultivated using helper after having used stubble cultivator since field is already seen as cultivated.