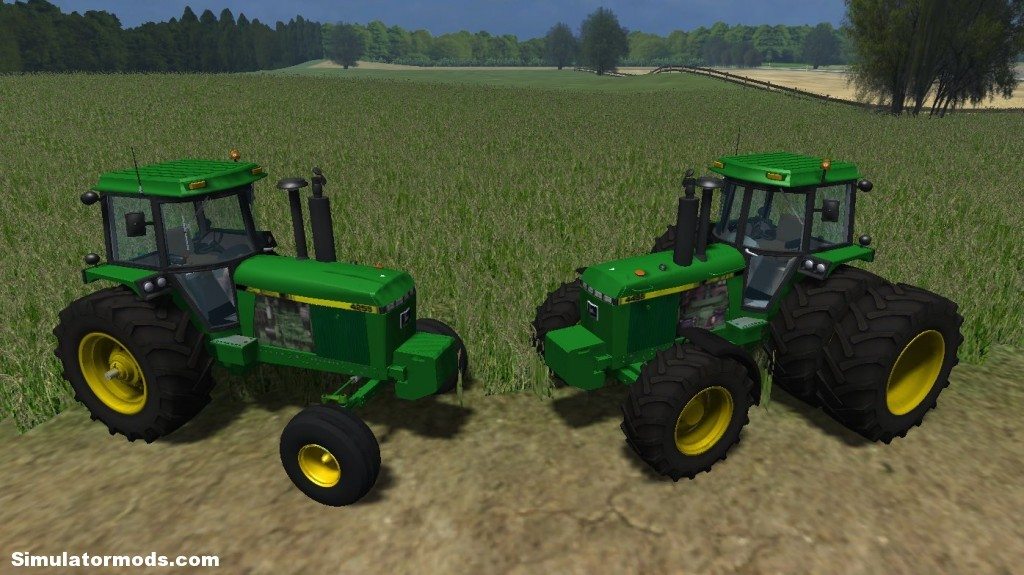 This is my final version/fix of my John Deere 4455 and also a John Deere 4255 2wd.  It’s a pack so make sure to unzip, open the folder and then place the mods into your mod folder.

Many thanks to Julian11AGI for permission to use the excellent wheels from his John Deere 7810 American Version.

Special thanks to Galwaygrass and Clint for testing these mods.

These mods are an edit of Knagsted’s John Deere 4450 model.  Very close to 1:1 scale.  Tests error free in SP.  It’s MP ready but not tested, so please let me know if there are any MP issues.

What’s new:
Its the John Deere 4455 (V3) and a new John Deere 4255 2wd!
Manual Ignition removed (didn’t feel like it did much for the mod)
Weights can be added/removed from front and rear wheels for the 4455 and just the front to the 4255.  This way you can tailor the tractor weight for the task.
Dual Wheels for both tractors
Dust Particles when you drive in a field

Runs error free but has the usual issue of white ground if you turn all 3 sets of lights on at once.  The front worklights provide more than enough light for field work so use the Front lights for road transport only.