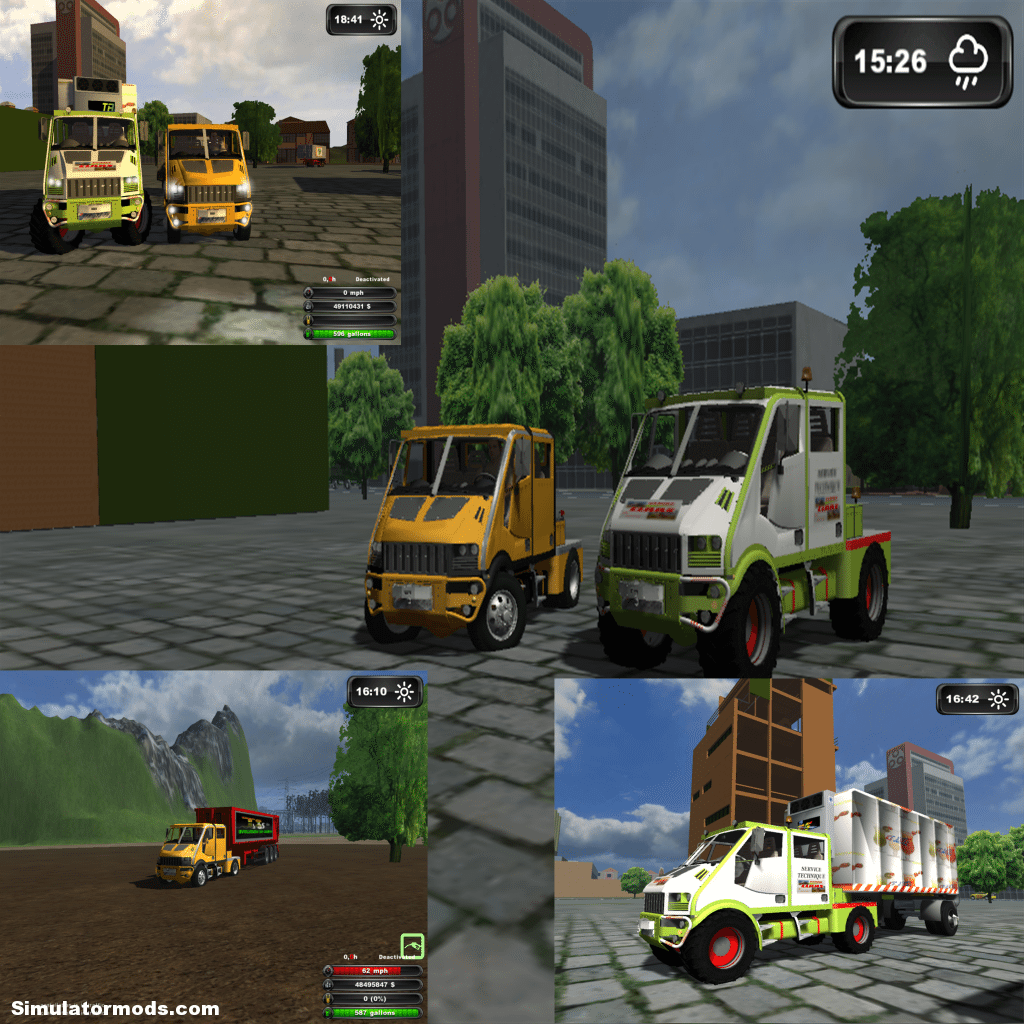 hello everyone! our team bring to you guys now pack
of trucks and minitrucks Bremach
This pack contains Bremach t-rex and Bremach 4×4 tractor t-rex
Both super engine with turbo v8 special heavy land
farms and small and difficult access

(MAPS SAID ABOVE ARE COPYRIGHT OF THEIR RESPECTIVE CREATORS thank all)